With The First now having its balance of light restored and aether flowing once again, our eyes now look to restoring The First and this is what the raid tier is about – Eden restoring aether to do the world.

The overall story involves Ryne controlling Eden and then us spreading aether across the land by gathering up aether and then blowing it up and how do we do this? If you guessed we are actually summoning primals you are right.

The story itself looks like it is going in an interesting way but let’s discuss the fights like that is the major thing but before I do that I am going to chat about loot. The method the loot drops is far better with eight options now dropping which allows those that just want something to always get something with just one run.

Overall I enjoyed this raid tier even if the first two fights were not that interesting.

Resurrection is the first of the new raid tier which involves waking up Eden so we can try to sort out light aether which is slowing down aether around The First.

Surprisingly the fight itself was against Eden Prime right away and not the final fight.

The fight itself is pretty simple and is your standard dance. You will have a tank buster that does a few hits, you will have an attack that will hit the off tank and then standard AoEs to dodge.

The fight is not that hard to figure out the first time you go in.

The music is a bit of a mixed bag for me as I am not a fan of how Final Fantasy VIII’s music is used in this raid. This highlights a problem I have in how music is reused simply because it existed in an older game and the boss is based on it and well you don’t fight Eden in Final Fantasy VIII and it felt weird.

Saying that it was a good remix.

Okay, now we are onto the unique bosses for this tier. For reasons unknown someone does not want us to be doing what we are doing and seem to be able to control Voidsents to stop us.

The overall design of the boss looks good, the arena is your standard tiny square and the rest just falls in place.

The fight itself is very simple and I would dare say easier than Eden as long as people pay attention. This fight relies on people watching a timer to see when things are going off rather than reacting to them when it happens.

Overall it is a very simple fight but you just need to pay attention.

… I’m not going to lie, I have no idea. I did the raid tier with sound on but I can not remember which track it was for the life of me and honestly, I’m not going to go back into check which one it was.

This was the first fight of this tier that I actually had fun in. It is a mixture of certain primals we have fought in the past plus a bit of our imagination tossed in there.

The arena is still your standard square but the platform itself will come and go and it is something to be aware of. Otherwise, you will have your standard AOEs, tank busters and a ton of knockbacks that is bound to push you over the edge.

I am quite sure you are able to guess which track it is a remix of but its a pretty good one!

Just like the fight before it, we are fighting a primal with a couple of things from our imagination tossed in and while I would say this does not come close to the extreme version of the same primal – it still was very fun and a fight I can not wait to see in savage.

Being Titan you can expect that everything is going to knock you off and you will not be safe anywhere. This fight relies on knocking you off or things dropping that will murder you.

A very fun fight and one I look forward to doing again in raid roulettes.

Same as above – very good remake.

Overall as I wrote above I did like this tier and I am liking the story so far. Will be looking forward to seeing how it develops further in 5.2 but I really do hope they do not go down Final Fantasy VIII route with this. 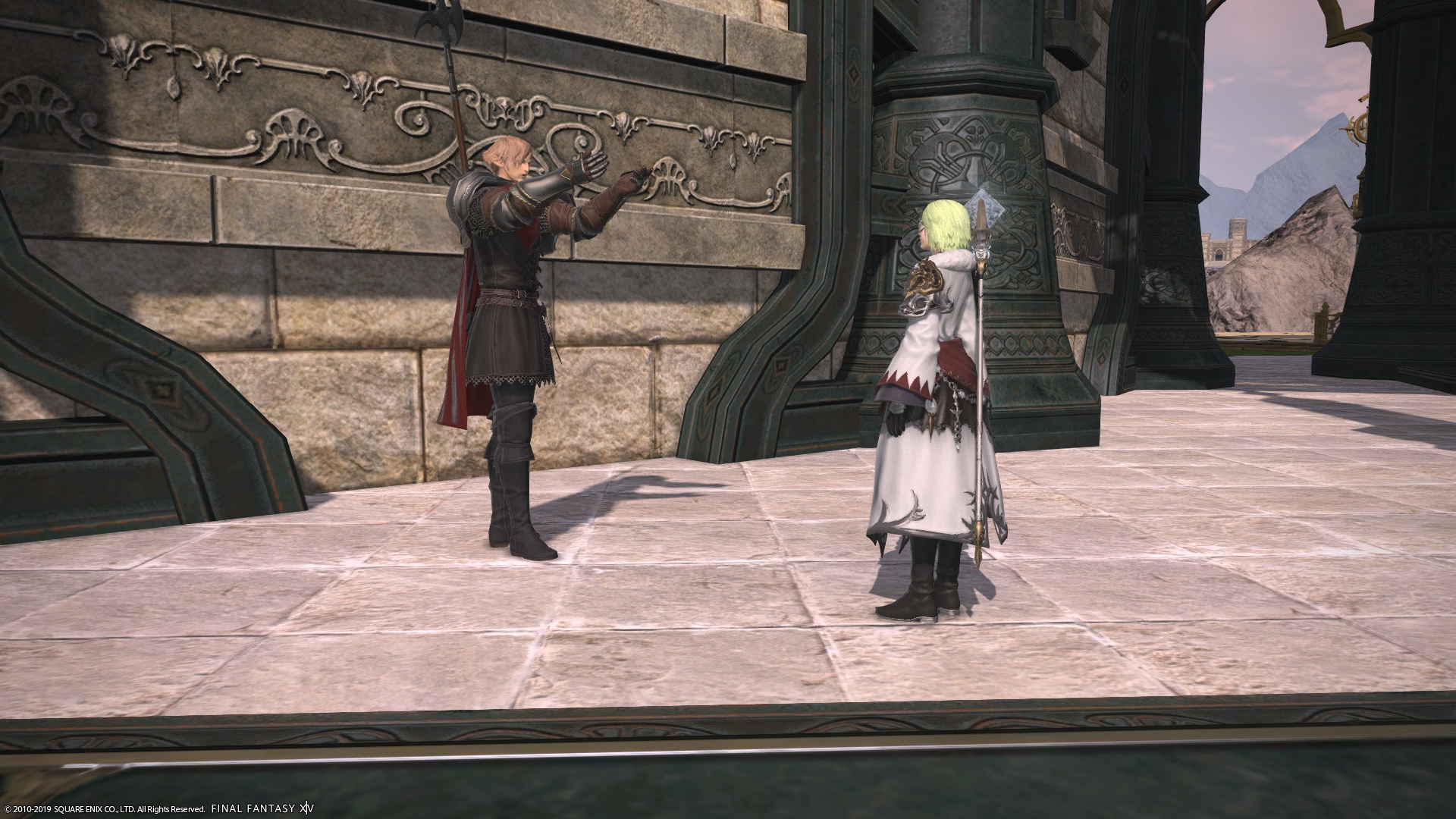