For anyone that went to the fan fest, saw the steam or just stalks Reddit every single day will know that a new 24 man trial was released … or so we thought. Instead what we got was a replacement boss in Dun Scaith with the Proto-Ultima for reasons unknown making its way there.

Although it replaced one of the trash fights … sadly the Proto-Ultima fight was equal to a trash fight itself but it is fun nonetheless. The fight, in a nutshell, is the same as any and just look at the markers that informs you what to do and thus all you got to do is dodge it. At some point in the fight, you will have to tank some adds, dodge some stuff falling down and kill some adds that is powering up the big boss that if you fail it does its ultimate attack and I think wipes the party.

Now I say think because honestly, I haven’t had a group that failed it yet but in exchange of now adding Proto-Ultima to the batch of bosses you are able to get a token that you can trade in for an accessory that is 270 or a chest piece that is clearly for vanity.

You may not do Dun Scaith much nowadays as I imagine most people have their main job all geared up but its worth experiencing the fight just to see how the randoms deal with it. 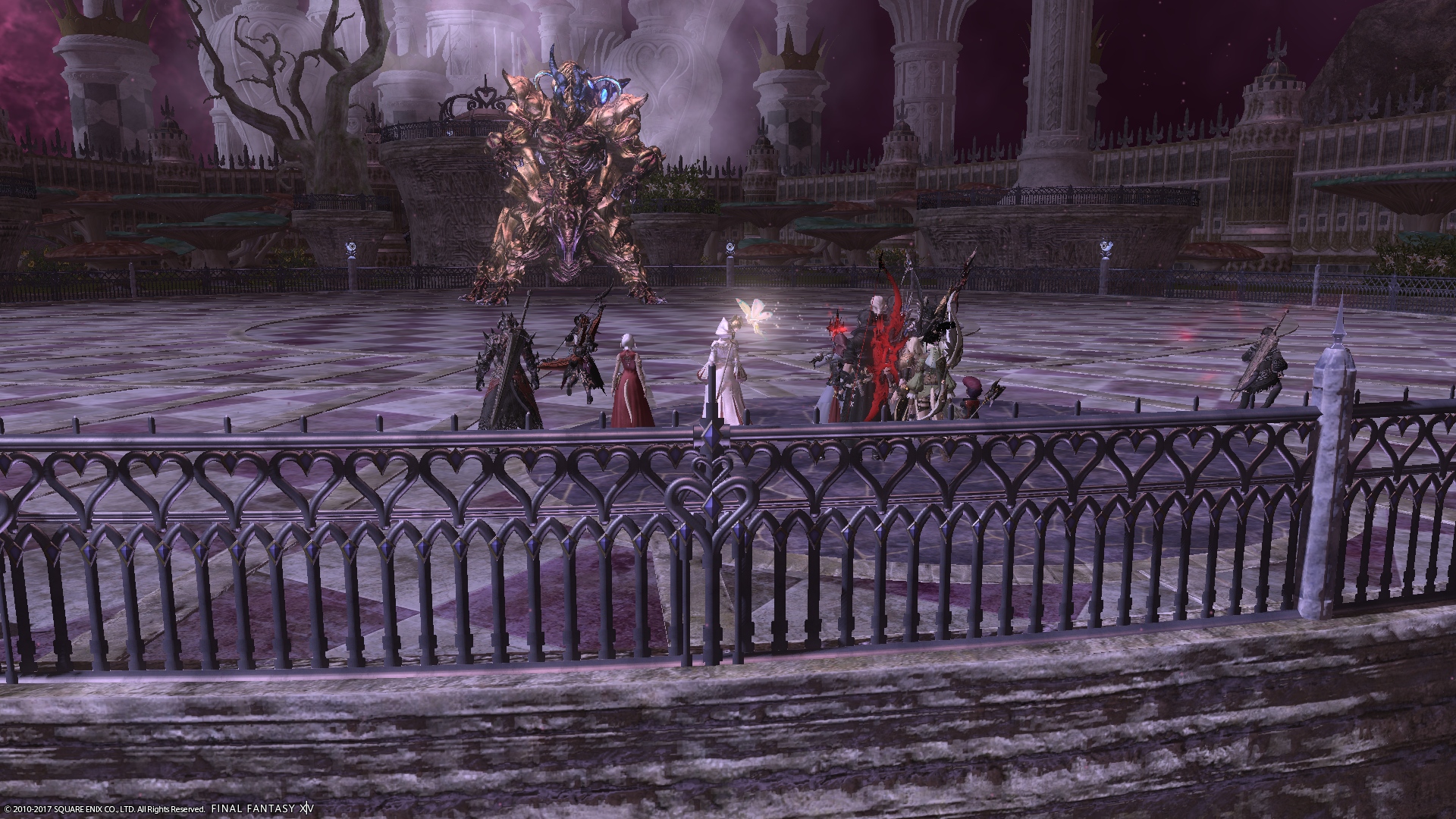 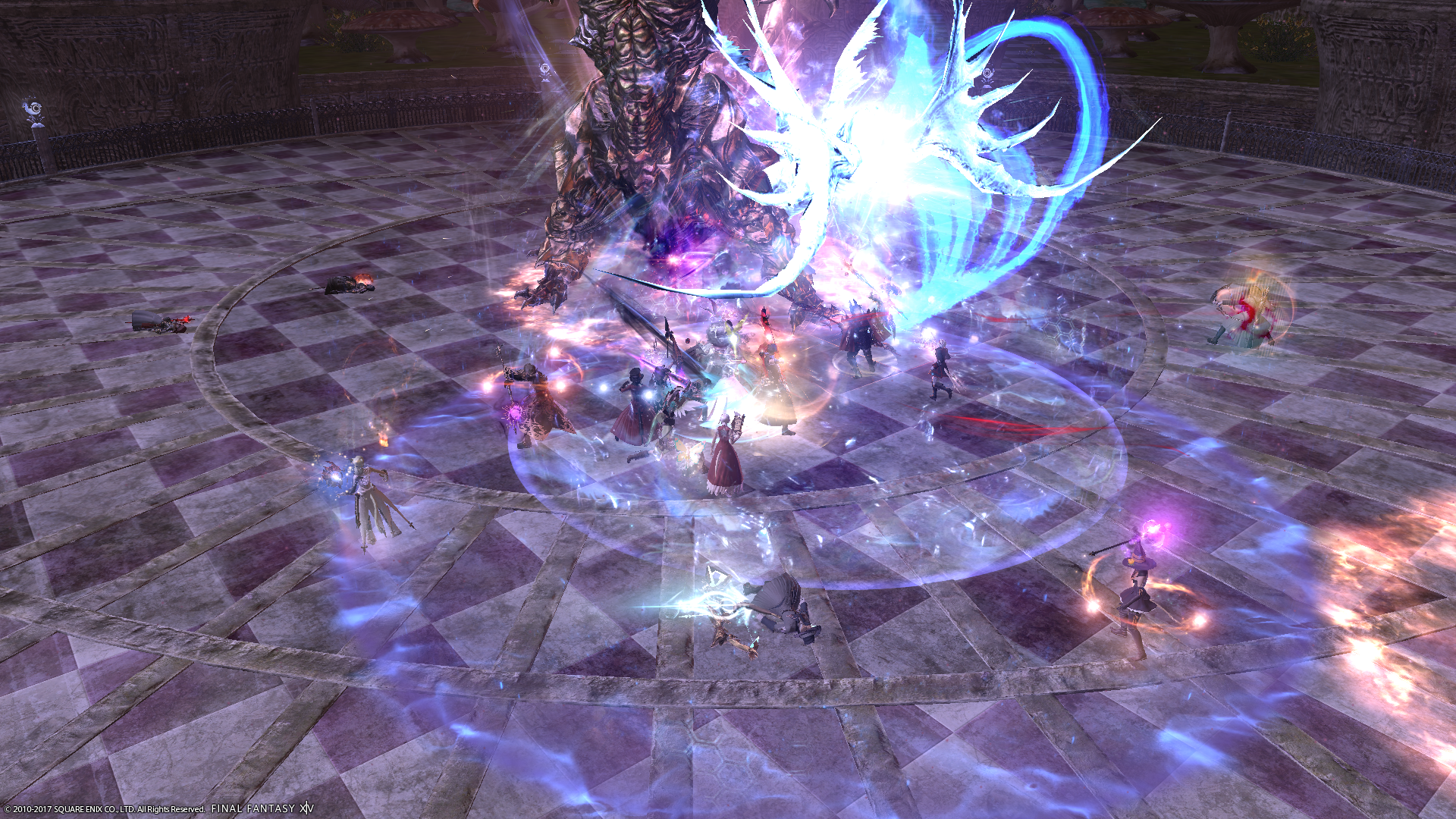 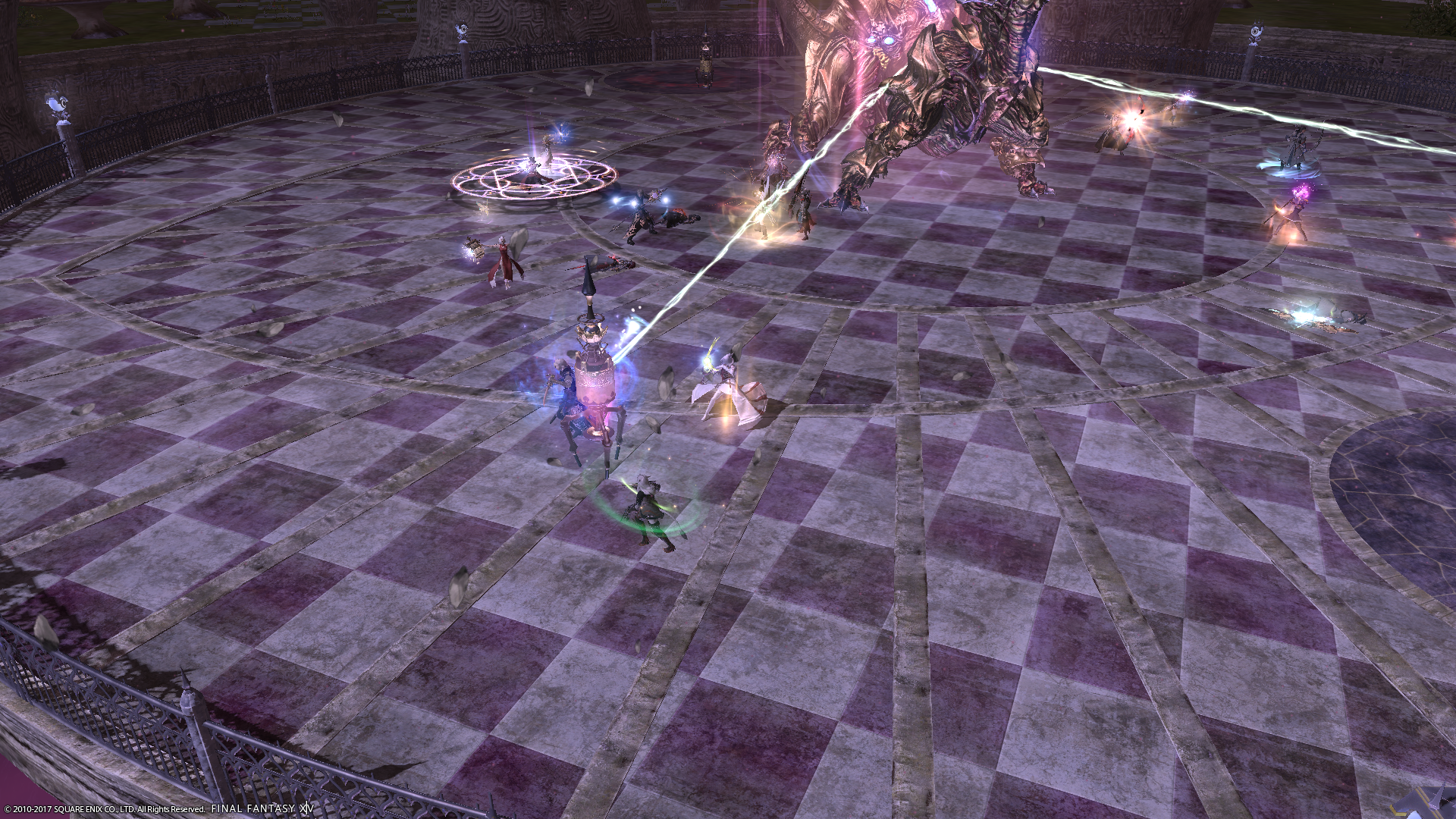 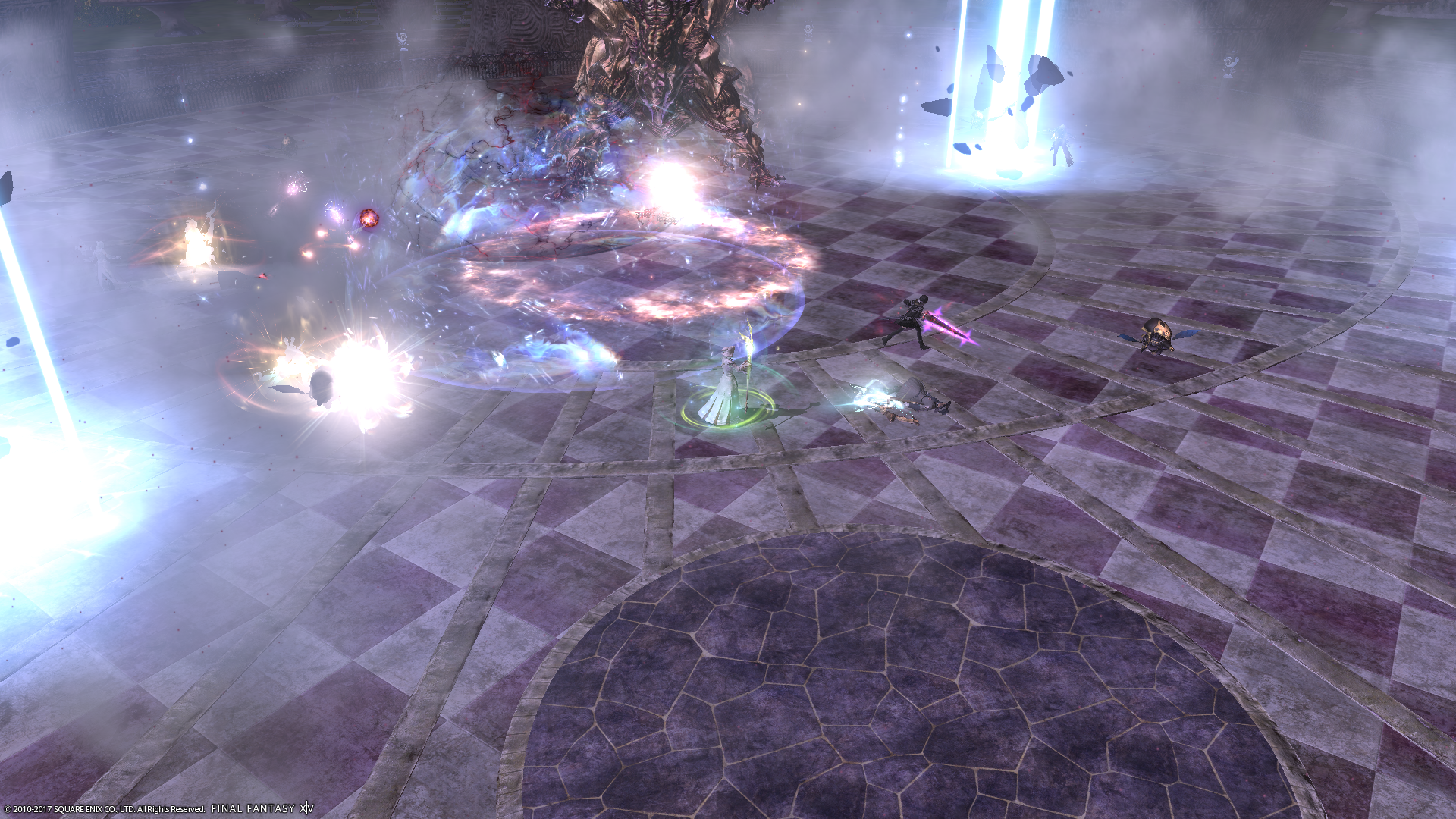 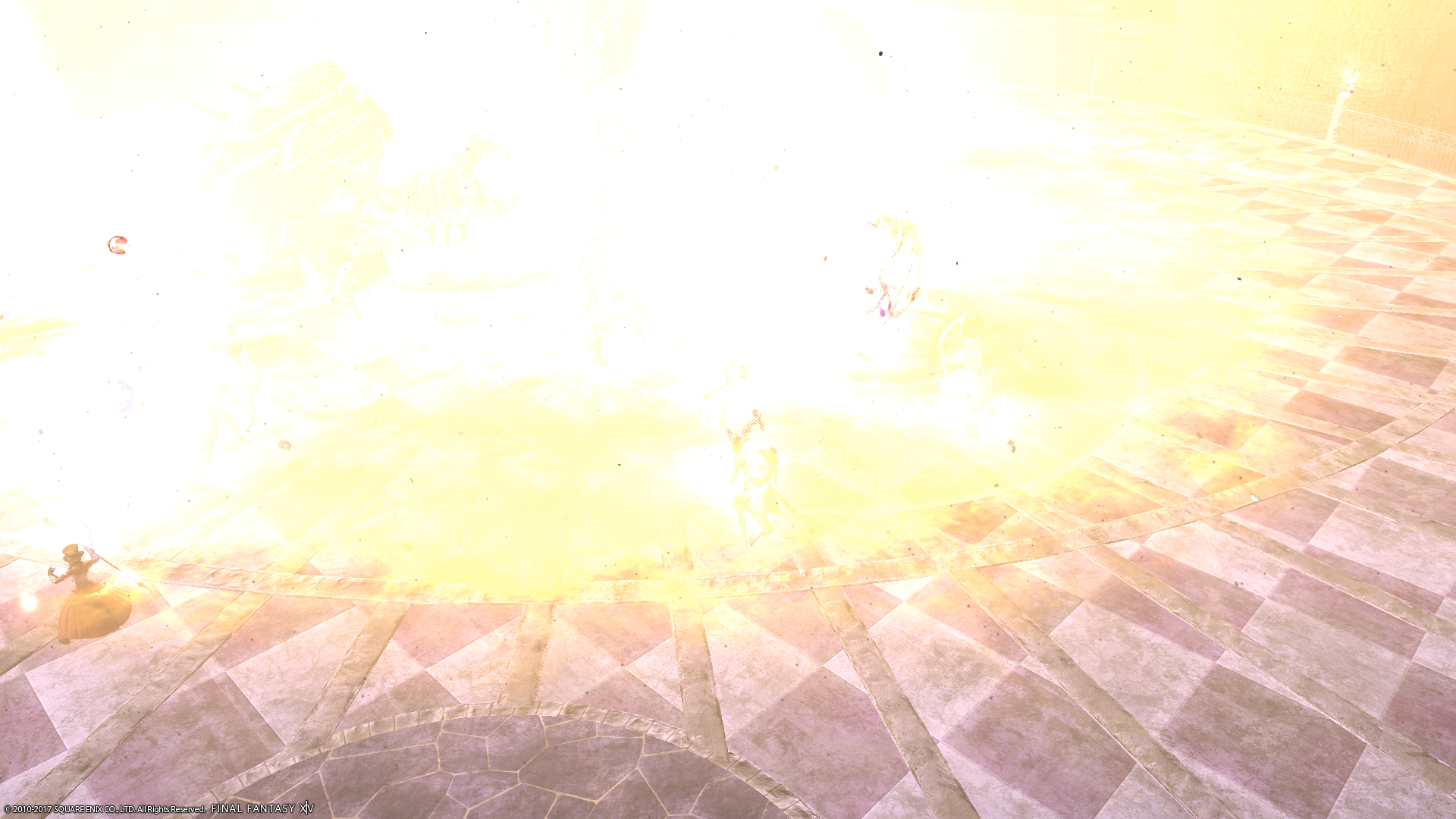 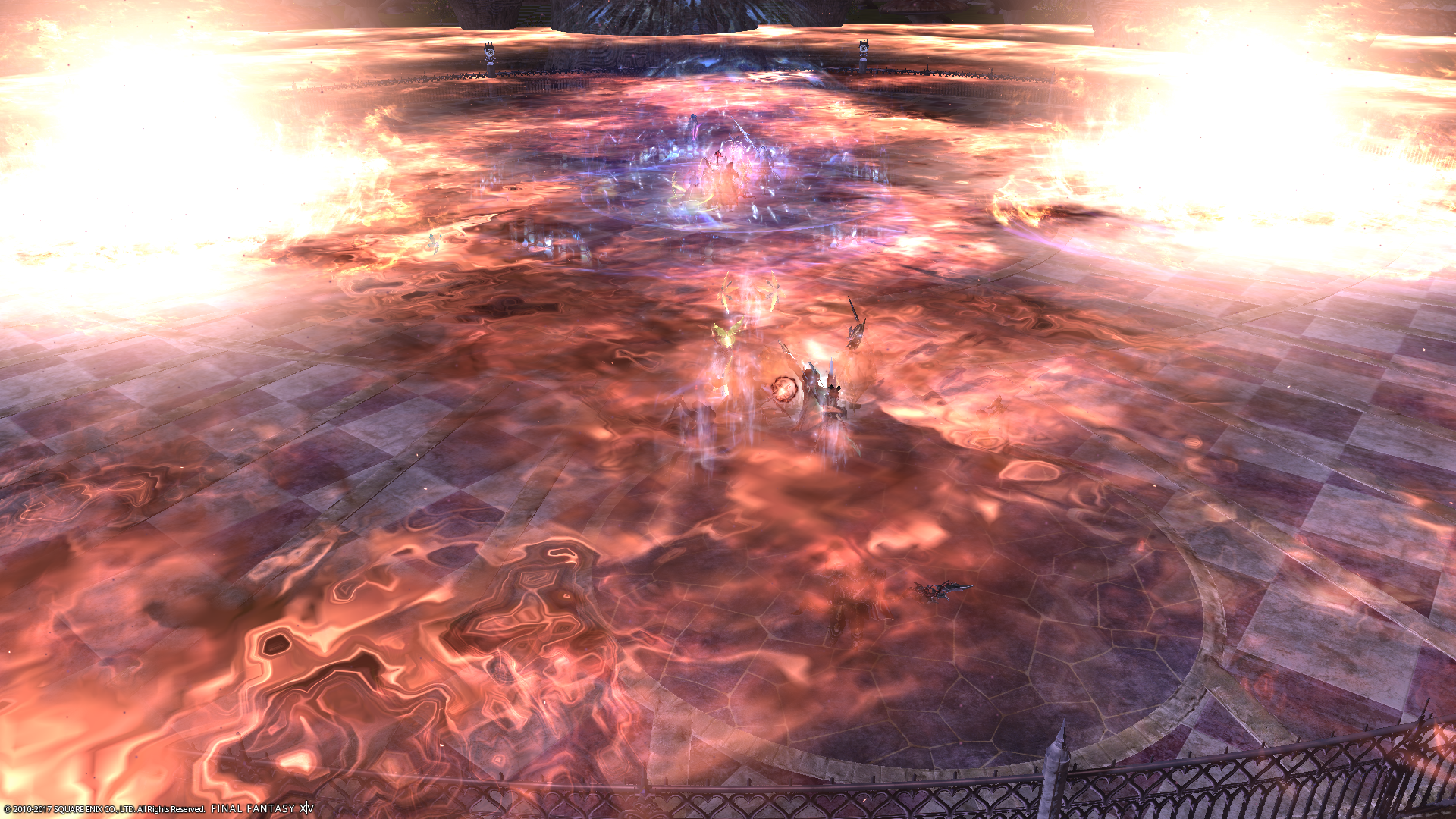 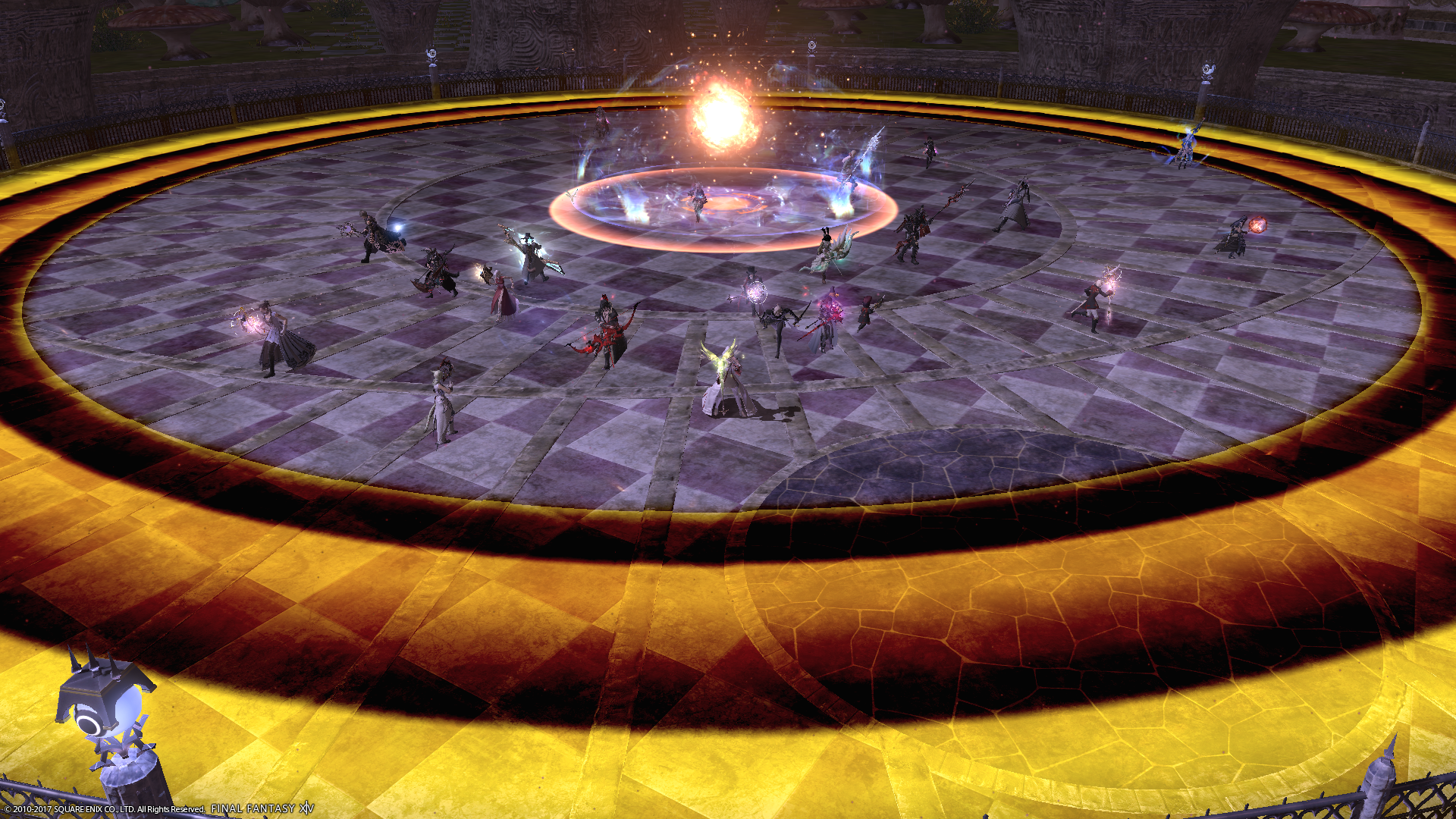 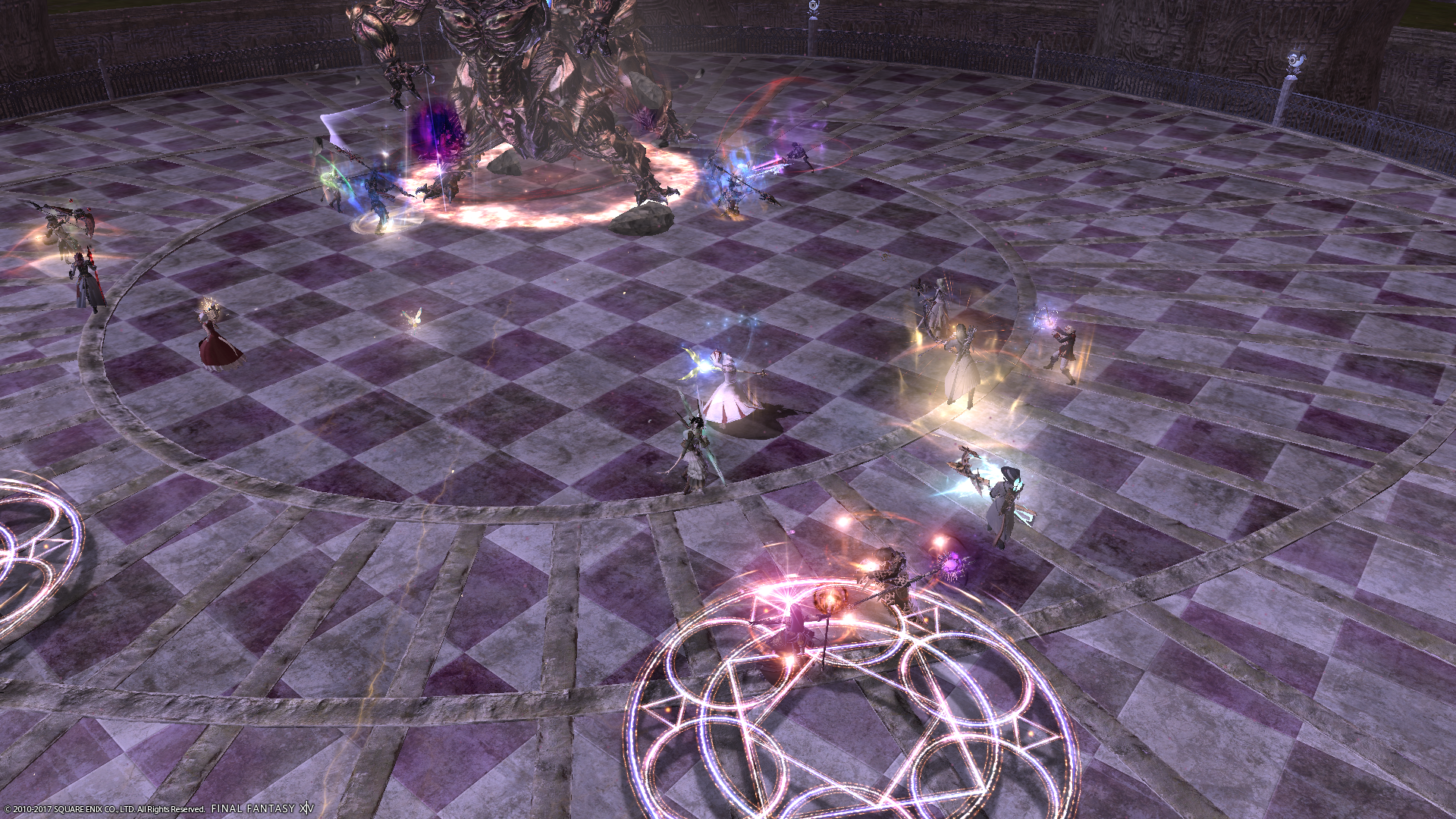 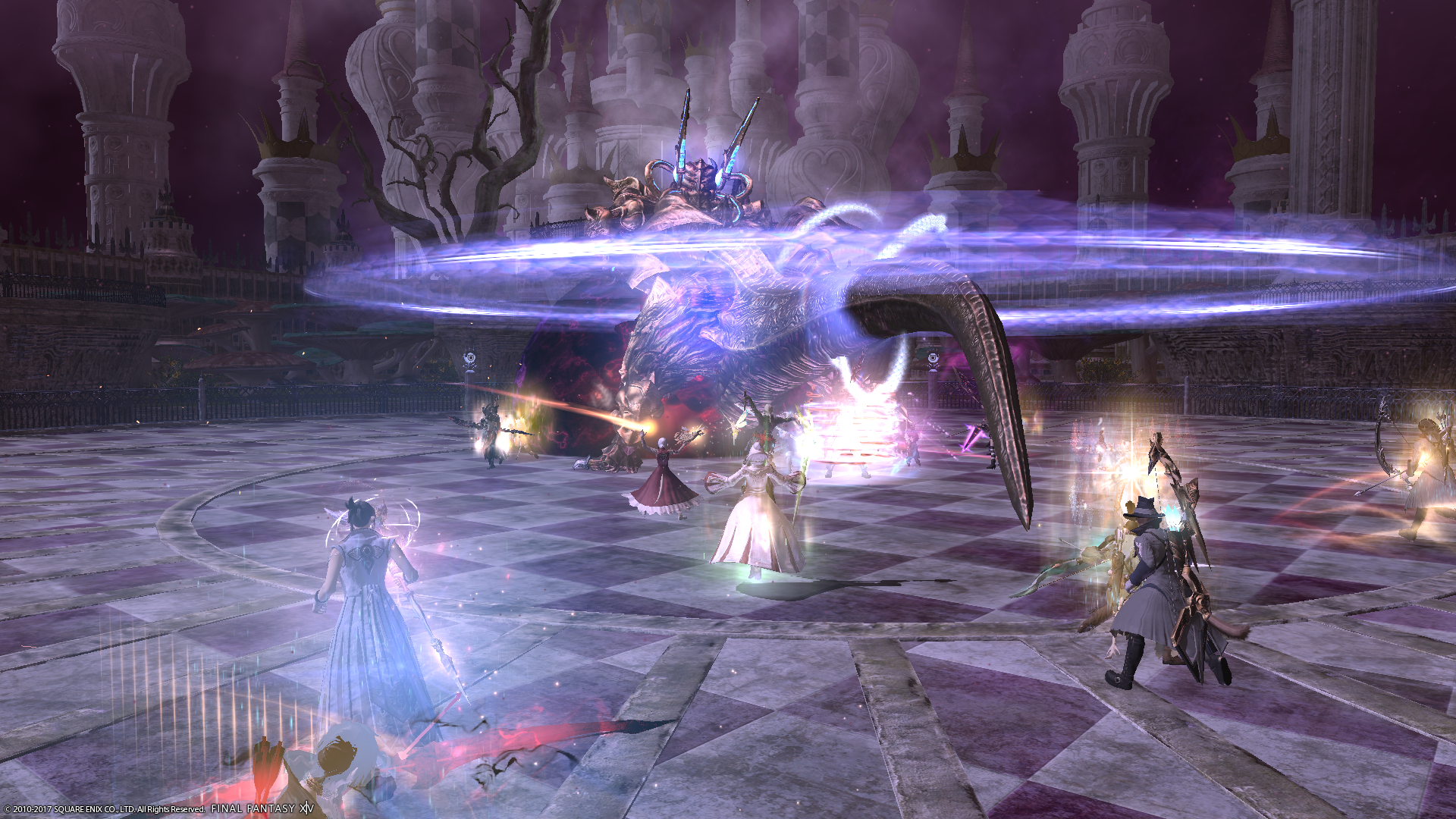