With Shinryu peacefully resting in the sea of aether – our eyes now turn into the next raid of Stormblood which is the insanely cute Omega … but not everything is as it seems. The rest of this article naturally holds a bunch of spoilers about the different fights but the overall idea of the Omega raid is Omega wants to make the ultimate monster that it can fight because it did not get to beat up Shinryu (well actually its because it was to make itself stronger).

The first battle in the Deltascape is a standard boss from Final Fantasy V as you was heading to the ancient castle which was able to control the different elements – something that has carried over to this boss.

This fight was pretty easy to do and only mostly involved a massive AoE which you had to deal fast, thunder which you can not stack with, fire which is your standard AoE and ice which you could not move.

The idea behind the fight is it uses them in a random order so it could be fire, ice and then thunder so you had to dodge Fire, move during ice so you do not stack for thunder.

Simple fight and gives you your standard loot.

From here on this guide is slightly biased. Due to a power cut – I ended up going with a group that already cleared the content and although one member did try their best to mess up – others pre-moved to the point I figured out in advance what to do.

The second boss of Deltascape was yet another boss from Final Fantasy V and mostly focused on fighting in an actual 3D space.

As expected based on the Primal fights, extra actions have now made their way into the raids and the simple idea behind this fight was to know when to go up and where to stand to dodge stuff.

Pretty simple fight that comes with practice but ultimately one that it seems with our current gear we can just eat most things and call it a day. In savage however I can foresee this fight being one of the best of the tier.

Out of all the fights in Deltascape I found this one to be the least interesting although it appears to be the most “busy” of the fights.

The special thing about this fight is being aware of the floor and if you need to stand on a platform based on your role or if you need to turn into a frog. You also have to deal with a bit of stacking while other members of the raid make sure to run away and then a little break with a dodging puzzle taken directly from Final Fantasy V.

As we would expect from the other bosses being from Final Fantasy V … we gave Exdeath (for those interested the lore explains that Exdeath is based on a story and not history so Final Fantasy V in Final Fantasy XIV lore is a story).

This boss is pretty standard – it has its AoEs you got to dodge and uses three elements which is Fire, Thunder and Ice. Fire does a lot of damage, Thunder is a tank buster and Ice is an AoE you got to dodge. However what is special is during the fight he will use the power of the void. Once a spell is casted with void it changes.

Fire becomes a DoT that if you attack it does a lot of damage. Ice becomes an attack that freezes you unless you stop moving and thunder which applies a paralyze debuff.

There is also an attack that pushes you away from the middle and a massive head that appeals zombie on you which causes you to attack the closest person to you … at which point you hope you either dodged it or that the person you are attacking is in the middle.

But with that said the final boss was enjoyable although I am a bit annoyed that it seems we are not directly fighting Omega and I was hoping we would get a Shinryu VS Omega bit (although I can already see a copy Shinryu happening) but we will see what savage is like. I can only see the second floor being an actual issue … the rest I just can’t picture unless there is a lot of new things added.

For my experiences of Deltascape, feel free to look at the screenshots below! 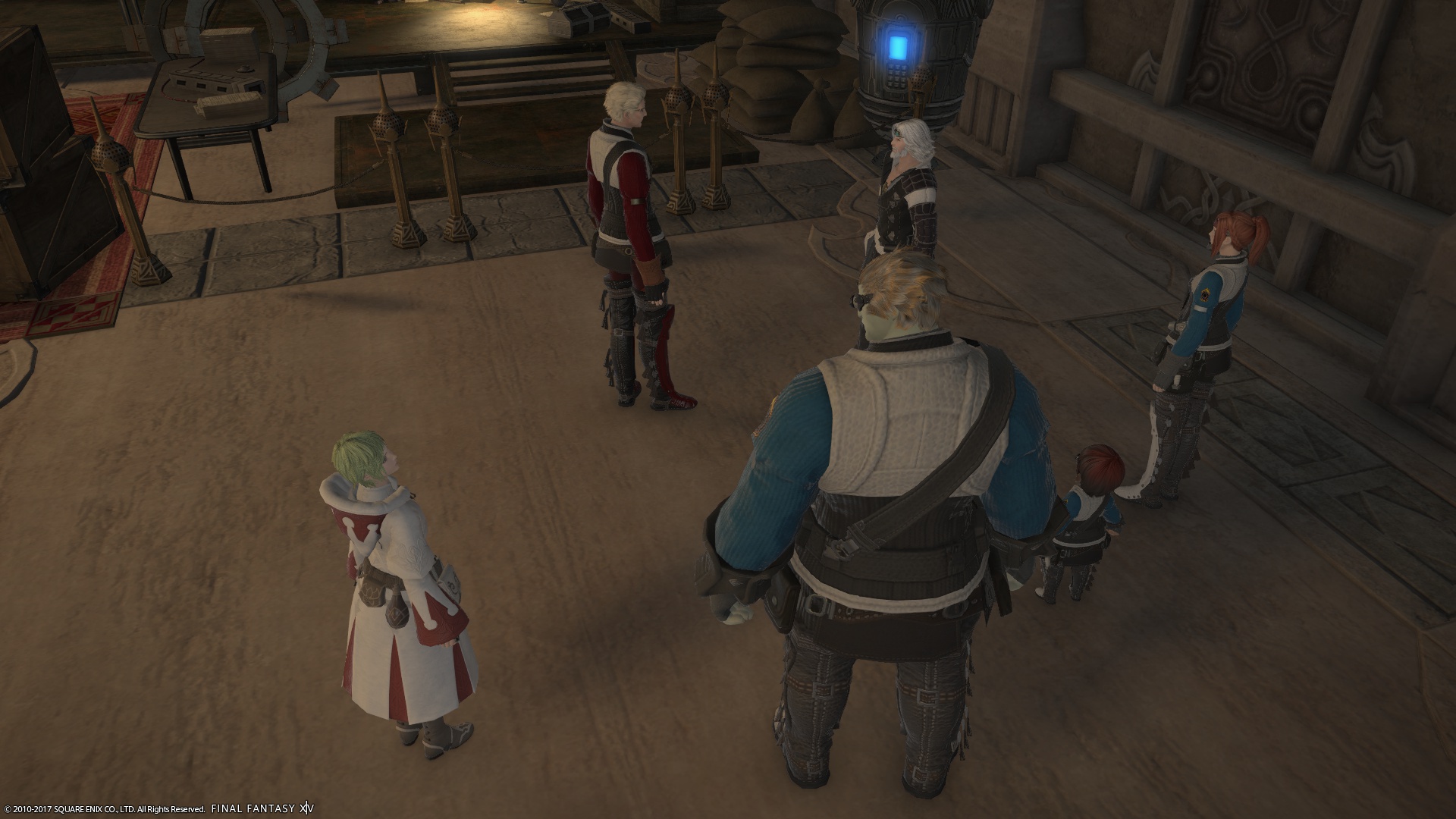