The Burn within Eoreza is an area where the aether of the land has been abused endlessly via the summoning of primals to the point there is little to no aether left in the land. It is The Burn where the empire started to enforce the idea of removing primals completely by killing those that wishes to summon them.

However, while The Burn is suggested to be a massive place (and by the look of it, it is) we only see a small part as the dungeon but I won’t lie it didn’t fail to impress. The dungeon itself is your typical wasteland style with beaten down looking mobs but also including some Allagan technology on the way that has stood the test of time.

Despite the dungeon is meant to be showing a wiped out area it looks very pretty outside of the Allagan section of the place. The open feel of it also helps to make the area feel far more massive than it actually is. Overall it does feel like doom and gloom there but also with a shine of hope.

There is not a lot I can say about the music beyond I think it fits very well the area and I enjoyed it much more than the other dungeon.

Unlike the other dungeon, the mobs in The Burn did not provide much and the bosses themselves did not have much to do. This even includes the last boss which only really hits hard and if you do not remove the debuff it can be hard to do.

I enjoyed this dungeon massively and it is my favourite dungeon of Stormblood but do not expect much replayability – it will be out geared very soon which goes into the problems this game has. 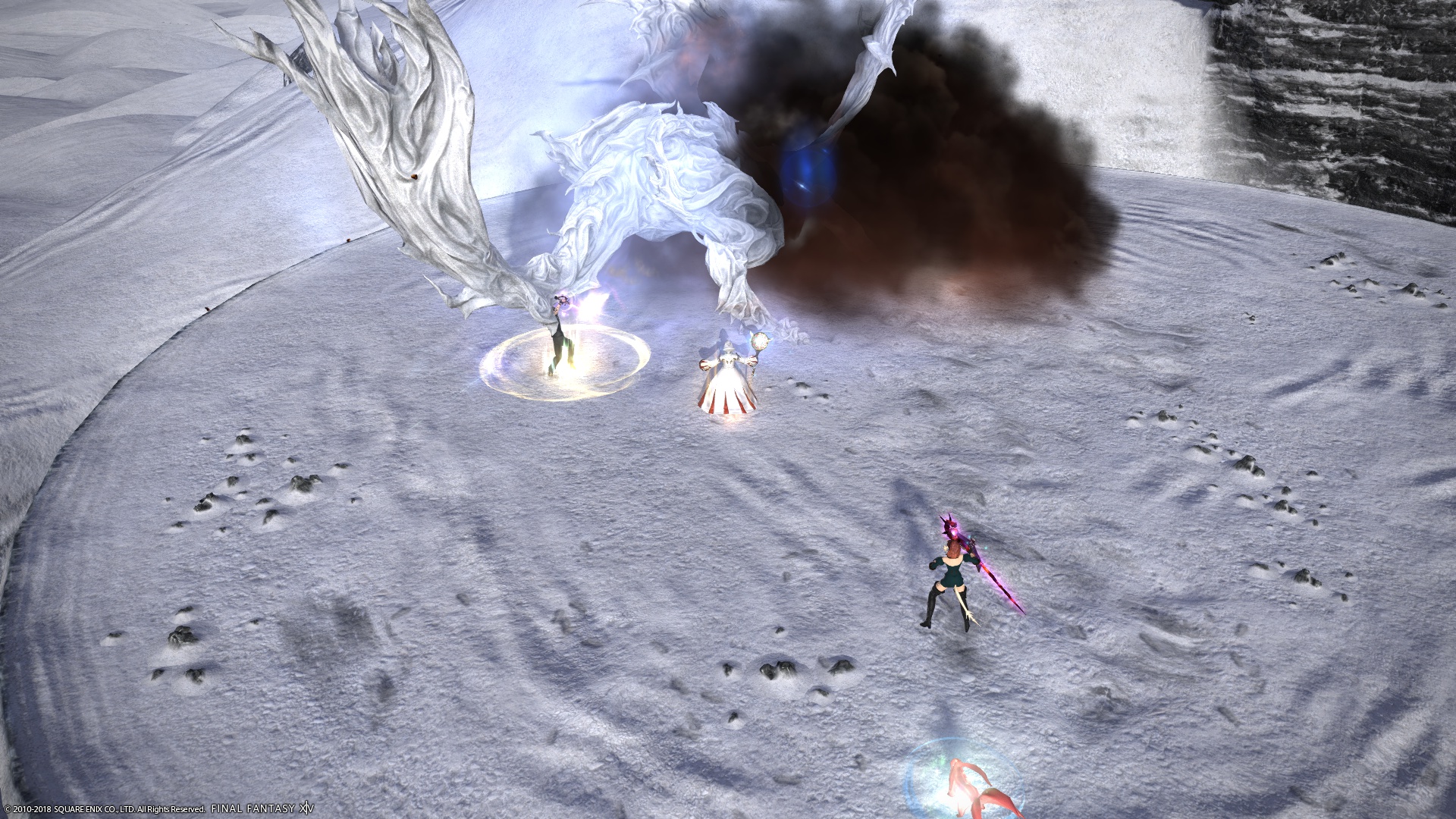