It has been while a long year within Eorzea. We have had a very rocky start with Heavensward, long content lulls but also good fights, balanced raids and quite a bit more that we now come to the penultimate to the story of Stormsblood.

From here on there will be some spoilers so if you have not yet completed the main story I would advise you to just read this one line and ignore the rest – the dungeon itself was enjoyable and the fights had a bit of challenge to them but otherwise your typical dungeon – tank and spank your way to the end.

So this dungeon is simple – we are invading an empire base that has been attacked by a fault flag by “The Griffin” who is trying to provoke the empire to attack Eorzea Alliance so that the defenders are forced to get involved in the on-going war and to do this they attack under the Grand Company colours.

The mobs themselves put up a bit of a fight and it seems that the archers actually attacks the healers and place dots on them which forces a little bit less DPS down-time but overall your standard bunch. A bit I did not like was how they seemed to rely on nostalgia and reuse a lot of Final Fantasy VI models … that did not really fit in with the design of the Empire.

The music of the place was pretty nice and the layout is what you would expect – a single one path that you can do in about 30 mins. I am not sure about how easy it is to mass pull everything as I wanted to take screenshots on each step but I imagine it is still pretty easy to speed run.

The final boss of the place isn’t that surprising and I am pretty sure everyone knew what the big bad guy would do but there was another surprise. Something happens to someone but I am not going to say other than this hint. 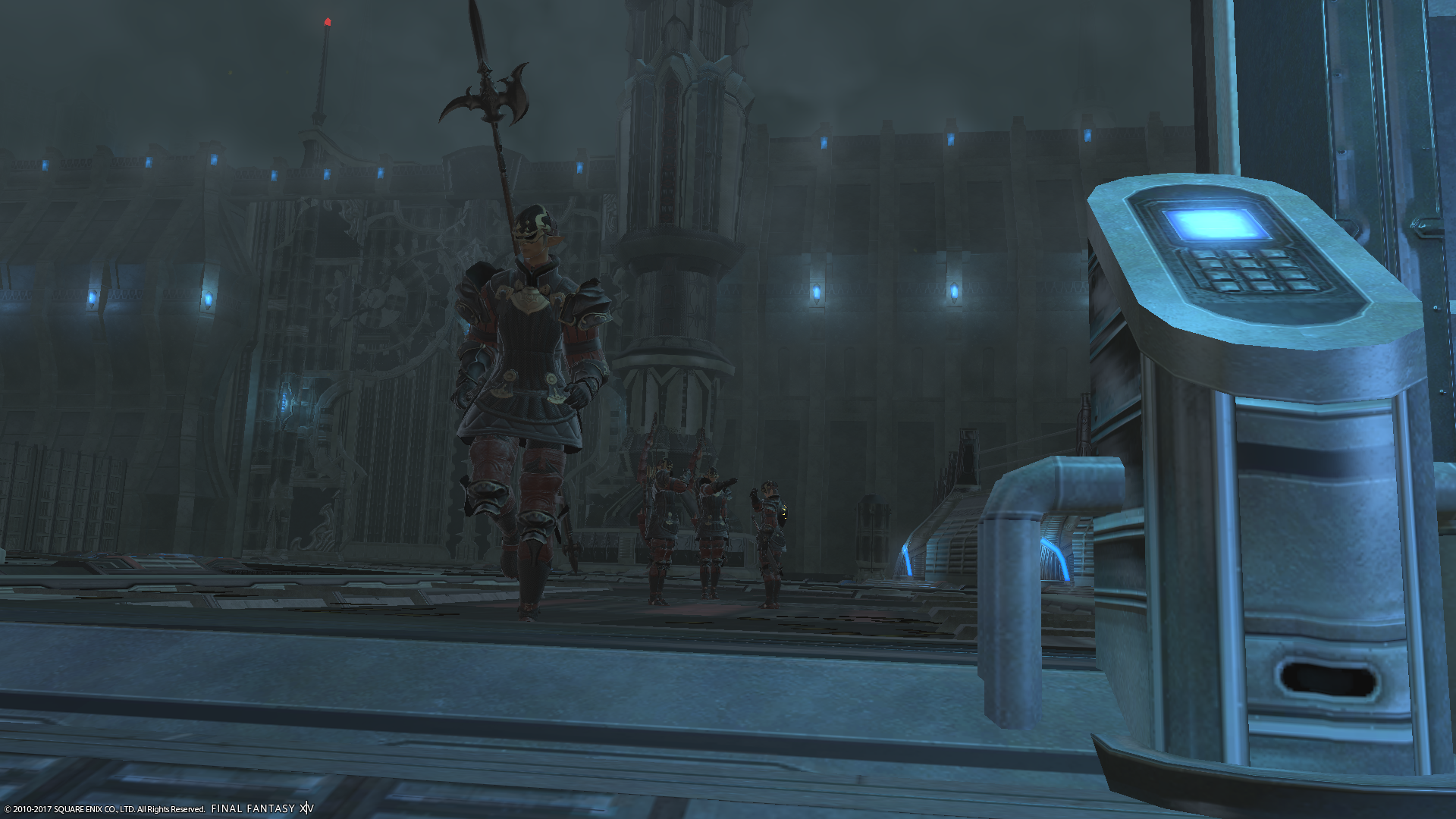