For those that have followed Life in Eorzea from its early days you may remember when I posted about farming for Garuda’s mount (The hunt for Xanthos) and while I did collect that in a horrible slow farm party, as of today I have finally collected every single of the original primal mounts while at the same time finally defeating every single of the original primals as a two-man party.

Overall the whole quest line for getting those mounts was insanely annoying simply due to how we decided to do it with just two people rather than just whacking it on party finder and getting under a couple of minutes kill and setting up loot master which seems to be all the range lately. The story behind the mounts however … eh I think could have been done better then a Nightmare being given to a primal as a sacrifice for them to be re-born into the steed they became.

For those interesting two manning all the primals was actually quite easy but out of the lot I would say Shiva was the most easy one and Ramuh was the hardest. For those that may be trying to do this I would advise to just keep practicing and trying different ways to do things how you normally wouldn’t like the healer picking up all the orbs in Ramuh and just giving the tank three when needed.

So the legendary mount is now mine and with that now out-of-the-way I look towards farming for all the music sheet that can be found upon the whole of Eorzea! 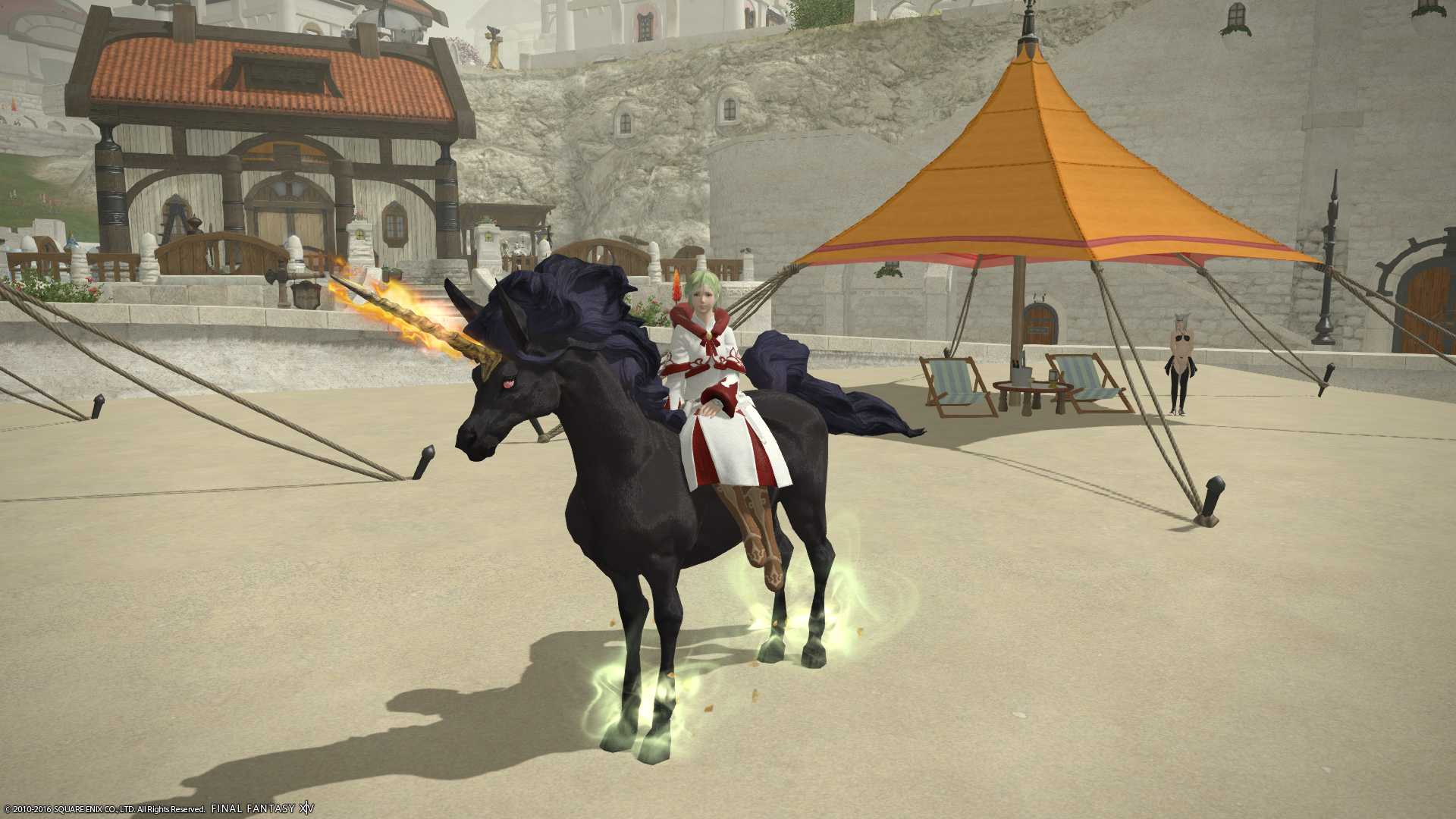