With the release of the new patch comes the final part of the Nier cross over and I am going to try and be impartial with this opinion.

As a fan of Final Fantasy XIV and not the Nier series I felt the final part of this tier outright sucked for a couple of reasons that I will get into here but for those that are fans of the series I have been told that it is an amazing raid. The raid itself involves going to a tower that I am pretty sure is not explained within the story about why it is there and we are going there to stop something which again I am not sure if it was said who.

The tower’s design itself was horrible and I really enjoyed the first two. The overall layout just felt like Final Fantasy XIV’s classic square arena with someone from the development team forgetting to render an actual backdrop. Joking aside I do understand it is from Nier and makes sense there but nowhere in Final Fantasy XIV did I get a hint of why we are there, why it is like that or anything and this is the problem with doing cross overs. The Crystal Tower and the Ivacice Raid series worked because it was built into the Final Fantasy XIV’s world even if it ended up just being a re-telling of a story such as the latter one.

The music was very good and I can not fault it. It suited the feel of the place and the final boss track was amazing and one I will buy soon enough.

The first boss of the raid is called Knave of Hearts and it is mostly a mixture of Neo Ex-Death and some other stuff and the boss itself was okay. Just like every boss, it has your standard AoE and tank buster damage but the main thing to watch out for was colossal impact.

Colossal Impact is the returning attack from Neo Ex-death where it will either attack in the middle or the sides and you have to watch for which one it is and after a certain amount of time it will clone itself and do the same. As long as you understand that the rest is pretty clear to understand and just involves standing in the right place at the right time.

There isn’t really anything special about this fight which makes it fun or interesting and the music was also lacking, we lacking may be the wrong word, didn’t seem to fit the raid.

These two bosses revolve around killing them roughly at the same time to avoid them spamming their AoEs which could cause a wipe should your healers be unable to keep up with it. The primary mechanic of this fight is the shield that they used which forces you to switch targets (unless you are attacking at the front) so the idea is to force the party to switch targets which work well as long as the two are away from each other as it is one of those bosses which share buffs should they be close to each other.

Beyond that, there is not much more to it but overall I don’t think this will be a fight I will remember.

When I was doing this for the first time it is this boss were people on Discord seemed to have a sexual release over and due to the fact this boss merged with the white orb in the end I am assuming the Red Girl was the villain of the overall tier.

In terms of the fight itself, I really liked this one and did enjoy seeing mind jack coming back once again. The fight itself is simple enough but it is one you are likely going to die to a few times but once you see how it works it will be simple enough to farm.

The major thing with this fight is being careful of what colour you have such as the walls, the ground and such and making sure you hit the right things based on the colours you have. For the forced movement, you just need to look at her and move accordingly and then stand behind the right coloured wall to dodge stuff.

Really this whole fight is just being aware of what colour you have and then dodge or destroy things accordingly. I will remember this fight and I really did enjoy it although once again it is boring to look at.

Although they do not drop different loot they had different names so I will call them different bosses. This fight is simple awareness with a bit of colour dancing tossed in and it is one I don’t think many people will have issues with and likely kill it in one go.

The only major thing to watch out for is the direction AOEs are going. This fight I did not really enjoy that much and honestly, it is pretty forgettable however the next fight is a different story.

The final boss of the raid tier and this raid is really, really good and I can’t stress how much I did enjoy this fight. The music was amazing, the visuals were on par and the mechanics themselves are interesting and fun to do. I am not going to say much about this fight but I think it is the first fight where the Y-axis is used to damage you from below.

It is a shame it took a whole raid to get a boss like this but overall I would say this raid is pretty skippable and you would not miss much by not doing it. If you are a fan of Nier I am sure there is a lot you will enjoy such as the glamour which I am sure you will enjoy!

Screenshots of the raid 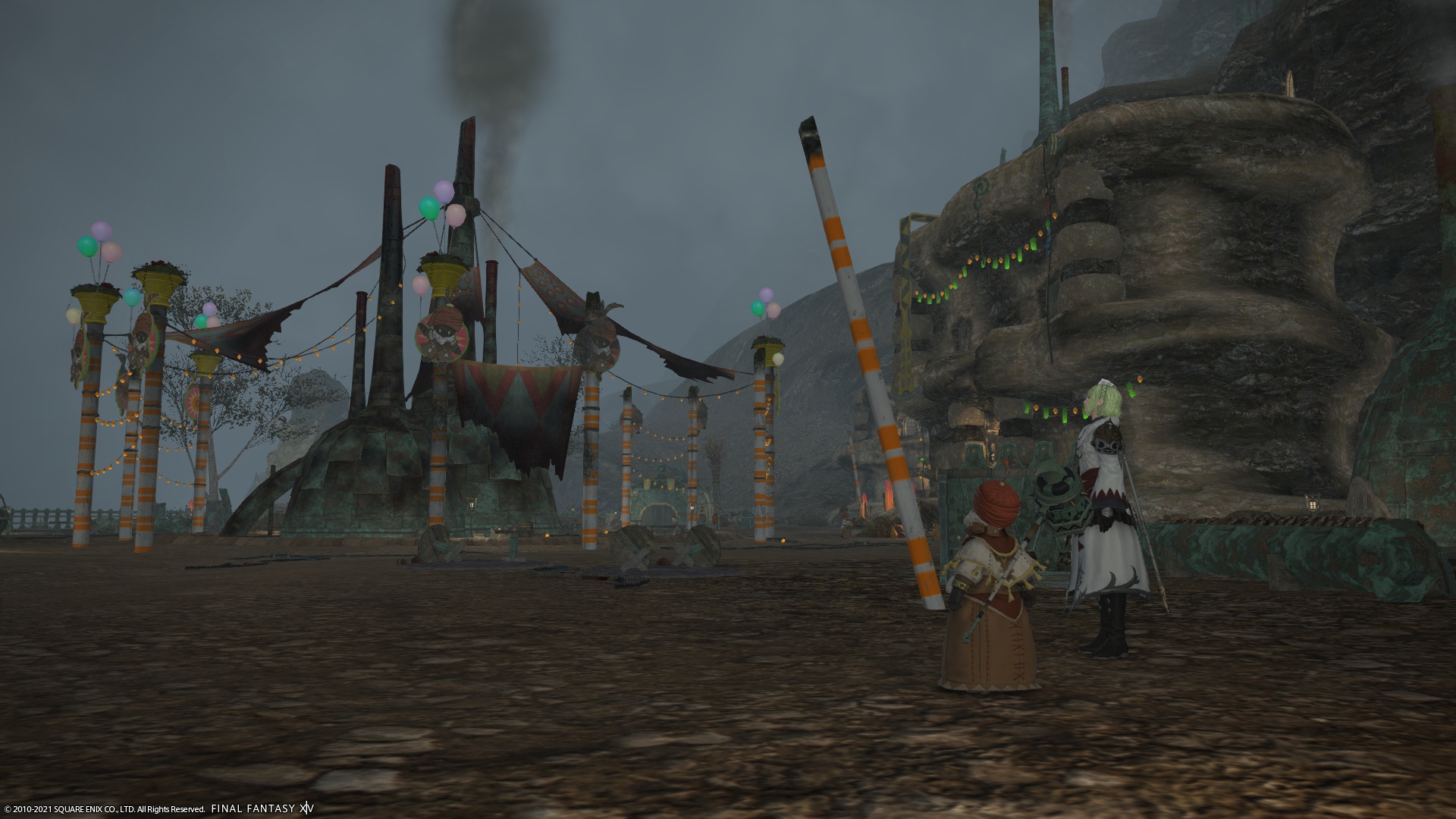